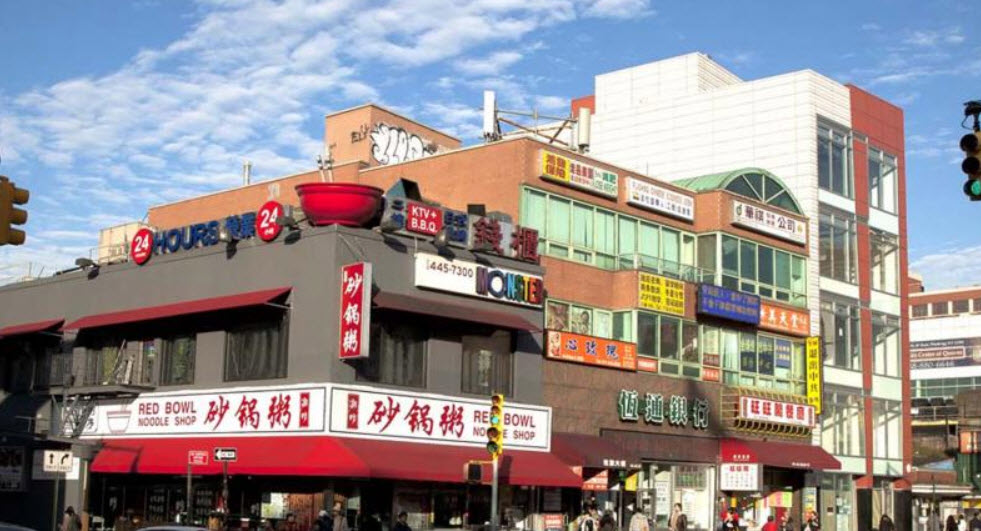 Councilmember Van Bramer held a press conference in support of the bill outside of the recently-closed Dave’s Bagels, located at 43-20 Queens Blvd. in Sunnyside, Queens.

“Saving and protecting small businesses is among the most important things we can do for our community,” Van Bramer said. “Even when small businesses are successful, it appears they are punished for bringing business to their store in the form of increased rent.”
The proposed bill would apply to retail and office spaces of 10,000 square feet or less and manufacturing space consisting of less than 25,000 square feet. It would also create a Commercial Rent Guidelines Board—similar to the Rent Guidelines Board for apartments– that would regulate commercial rents by establishing annual rate adjustments.

The bill was introduced by Council Member Stephen Levin, who represents North Brooklyn, on Nov. 14. It has ten sponsored and is currently going before the council’s Committee on Small Business.

The Board would have the ability to determine rent increases by factoring in commercial real estate taxes, sewer and water rates, and gross operating and maintenance costs.

In a report released by the City Comptroller in September 2019 revealed that vacant commercial space has nearly doubled between 2007 and 2017 throughout New York City — up to 11.8 million square feet in 2017. Retail rent hikes and online shopping were among the reasons cited for the higher vacancy rate.

But several organizations are opposed to the bill, including The Real Estate Board of New York and Queens Chamber of Commerce.
These groups argue that vacancies stem from many factors.

“Data shows that retail vacancy rates are driven by rising property taxes, longer wait times for government approvals, e-commerce and various other factors,” said James Whelan, the president of The Real Estate Board of New York, in a statement.

If you’re looking to rent a or buy a commercial space in Flushing, contact Flushing Realty today!